I trained to teach in FE in 2004 and since then have had the privilege of sharing the journeys of hundreds of learners as they progress through college and on to bright futures. I work in adult education, and my learners come in with a load of barriers. The most common are mental health issues, domestic abuse, juggling childcare and work, poverty, and unhappy memories of their previous educational experiences. Some we lose; many more go on to share their life experiences, sharpen their skills, and take the next step.

I genuinely love working in adult education and my time in the classroom is precious to me. However working in FE also comes with a whole load of other exhausting baggage.

FE teachers are teachers, mentors, counsellors, but also full time administrators. Our students are increasingly held back by problems with how wider society is run, from demanding bosses (who have them on zero hours contracts meaning they miss lessons to pay their bills) to bedroom tax evictions.

In 2016 there was a collective liberal facepalm. Divisions in the UK continued to build in the debate surrounding Brexit and there were shockwaves when the result came through. There is a picture being painted of an illiterate, angry and selfish working class, blind to the economic implications of cutting our ties to the EU and determined to grasp a sense of control through strengthening their ownership of the one thing austerity cannot take away: the nation. The nation and its borders, its services from housing to health, and of course national identity itself.

I don’t recognise that picture in the people I know who voted out, and I think the energy that went into recriminations over the out vote has been a real collective failure. Brexit was effectively a public schoolboy bun-fight between appeasing big capital over the free market and stoking up nationalist populism, and what we need now more than ever is a collective unity on the left to deal with the aftermath as the big boys (and girl) clearly don’t have a clue on what to do with the mess they have made.

What I do know is that free access to education at all ages is the vital seed needed to grow a healthy democracy. Further education – in our colleges and our communities – has to be a priority if we want change.

For Further Education to be allowed to deliver all that it can for our troubled society, it needs a radical reinvestment, not just in terms of funding but also in terms of belief. My students and colleagues never fail to amaze me in terms of what they pull off in incredibly challenging circumstances, but we could do so much more. For that to happen though, as well as investment, we need to fix the following flaws at the heart of how our colleges and wider FE is run.

1. The lie that 50% of student journeys are failing at any one time.

One of the greatest ironies of FE, given that it is part of the education sector, is the mind-numbing lack of intelligent oversight which has delivered the Orwellian standard that all learner achievements need to be above average. You can’t do it! It can’t be done! An average is the middle. This is not rocket science. This New Right mantra that competition drives up standards has been allowed to wreak complete havoc in FE with this ongoing pursuit of everything being above average, giving students the unhealthy label of failures whilst destroying teacher motivation and in some case careers. It is supposed to be a deadly sin to set an un-SMART target. But everyone being above average is just that. It is not achievable.

For Further Education to deliver, we need to move on from this meaningless total focus on how students compare with one another – a snapshot of what will inevitably be a curve with half on either side of the middle – to a holistic understanding that FE is about distance travelled. Not in the form of a reductionist obsession with success rates, but with a meaningful understanding of where a student’s starting point is, what barriers they have, and where they want to get to.

2. The panoptican as the standard for success

Ofsted. The obsession with Ofsted. In FE colleges across our country, policy never appears to have an independent validity, it is always about how we appear to external visitors. Are you highlighting your promotion of the Prevent strategy and British values? You need to for Ofsted. Does each learner have an individualised target and set of resources for your lesson? Are you embedding literacy, numeracy, E and D, employability, e-learning? You need to, and you need to provide detailed paperwork to show that you are for Ofsted. All of these things, of course, are valuable and things that we need to think about (as well as the desk time to actually do any thinking about). British values and Prevent are a different story. But the obsession with showing things are done means that everything becomes a shallow exercise to evidence something has been met. Similarly lesson observations, which could be so useful as a continuing peer-led tool in development, are a source of high anxiety and create pockets of unnecessary paperwork marathons across the year, taking away the valuable time needed to actually plan how we work with our learners to help them develop. And as for senior management, no-one even bothers pretending any more that policy is in any way holistic and student driven – everything is always done for those who assess us.

To establish a culture of development and growth in FE, we need to move on from the incessant focus on meeting external arbitrary standards to a focus on giving staff the trust and time they need to do their best. Stop the poisonous top-down pressure on staff and establish peer-based collective development strategies to allow us to grow together.

3. The lie that we need to “make” migrants learn English

From Cameron’s bravado over deporting spousal migrants who fail English tests to the latest cross-party social integration group’s demand that migrants learn English as soon as they enter the UK, there has been a consistent untruth told by politicians about where blame lies over language barriers. ESOL courses have been at the end of some of the most savage cuts to FE, with colleges across the UK reporting huge waiting lists as they have not got the resources to provide places for people who want to learn. To suggest that poor English levels result from a refusal to enter education is not only wrong, it is dangerous.

Now more than ever we need to look at how FE can work to heal and grow the strength of our communities. By investing properly in ESOL, we give people the voices they need to communicate and share in the community. As divisive rhetoric is used to stir up fear and alienation, this is needed now more than ever.

4. The belief that education should finish in your early twenties or before

In 2015 adult education, already under funded, was hit with a 24% cut. The cuts have been devastating, but are just part of  a wider and nonsensical belief which frames how our education sector works. FE and in particular adult education is often referred to as “second chance” education, implying that it is a kindness bestowed on someone who has already messed up once, with no recognition of the barriers adult learners overcome. The structure of our education system is heavily weighted against working class women (who will be pitied or scorned if they have their kids early on) in particular. But the idea that education is something which happens at the start of our life and is then over is short-changing society as a whole. Why do we have to learn everything we should know early on? And why is there no room not just for retraining but for life long learning as a way of continual skills and knowledge development for the workforce and as a bridge to wide participatory democracy?

Further Education colleges have the power to transform communities for the better. We need to move beyond the obsession with “business need” and “skills” that overshadow the entirety of how the sector is run and have the imagination to see what access to education for its own sake, not just for meeting the needs of businesses, could transform society.

5. The obsession with competition

Neoliberalism and the New Right philosophy that we raise standards in education by creating a free market and competition took root in FE early on. Since incorporation in the 1990s this has meant a culture of fiefdoms in our colleges. Principles and corporate boards have high levels of power over things are run, student input is considered from the point of view of consumer feedback rather than as democratic participation, and staff and communities are shut out of decision making. Local colleges are referred to as competitors. FE has lost sight of the idea that it should be a wide reaching network of opportunity which any community can plug into and just like the students, colleges themselves are in a constant state of measuring themselves against one another. How much effort is wasted on each year on persuading individual students that they should pick one college over another when we should be persuading them of the value of FE itself? How may opportunities for colleges to work together to meet the needs of an individual have been lost in the self-preservation culture of winning through out-performing? Last year as the FE commissioner undertook area reviews to create “fewer, more efficient” colleges (read – mergers and cuts) we ended up in the position where the under-funding of the sector had to be blamed on the reckless finances of individual colleges, with a new emphasis on colleges working together with their competitors to deliver services like apprenticeships – whilst still competing, obviously.

Further Education should belong to the communities it exists in and wider society – there is no place for corporations and the lack of accountability and hostility that a corporate ethos brings. To transform the democracy of our society we need to bring collectivity back into colleges. Colleges which are social assets and not corporations will transform communities for the better.

So, how do we fix these 5 fatal flaws? I believe there are two key steps to take. 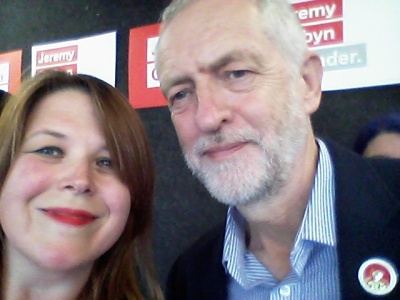