In which I launch into a humourless “women’s libbing” PC tirade because it’s what she would have wanted. 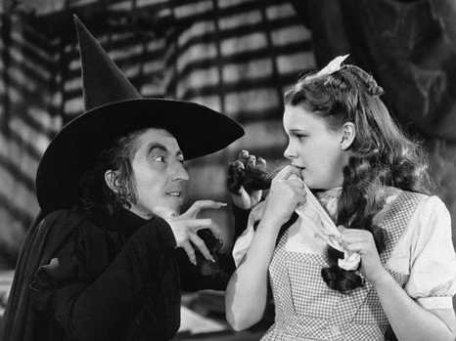 I’m really not loving all this witch stuff. Why? Well a couple of reasons, neither of which have anything to do with taste and dignity. Just to clarify, this is not me trying to police anyone using it or saying the word should be banned, it is me explaining what I think the term references in terms of misogyny in the collective cultural history and imagination.

Because of my interest in words and symbols in terms of how culture is constructed and reproduced, when looking at monsters I think it is useful to deconstruct what it is about them which makes them monstrous in the collective imagination. For example, you could make a loose cultural reading that werewolves are in part monstrous in relation to mental illness. They show cyclical patterns of loss of rationality, and embody the breakdown of the link between the individual and the shared cultural “reality” which we perceive of as making us human by sprouting fur and animal features. Werewolves are fantasy figures, but we could argue that they are partly about the “beasting” or dehumanising of mental illness as it has been perceived historically by the collective imagination.

Witches occupy a uniquely female monstrous position in the west – I can’t think of another monstrous figure which is predominantly female without referencing other mythologies. I would argue that the cultural monstering of the witch is very much bodily focused, and that it relates to the work the young and beautiful female body does culturally in protecting us from fears of death and the unclassified and unknown. Some witches are of course young and beautiful, which is generally cast in a way which equates beauty with morality. They are either young and beautiful in appearance because they are good, or because (like in Oz, which by curious coincidence I went to see a few days ago, and like in Snow White, and like in many other fairy stories and films) they have created an enchantment which disguises their bodily monstrosity along with their evil nature. More commonly, witches take the form of the crone – an elderly woman, with extended chin, warts, facial hair. The crone embodies the monstrous ravages of age which destroy that which makes us female by casting us in a way which is increasingly indistinguishable from masculinity. Scary stuff, the breakdown of a binary based on biology, topped up with the inevitable link between old age and the fear of death.

Of course, you could make a positive reading of the witch, as the defiant female figure, of knowledge without hierarchical policing, of the sisterly solidarity of the coven, of powerful womanhood without sexual objectification (or only sexual objectification when it serves a particular purpose such as luring a handsome prince or keeping the nosy villagers away from one’s rat-whisker & newt-toe based home-psychedelia-brewery). So maybe it is reductionist just to view witches in the context of misogyny, though I think the balance of history swings otherwise.

A witch is a fantasy figure, a monster, but a monster with a lived and very bloody history in the west. When we reference witches, what we are referring to historically is hundreds of years worth and hundreds and thousands – maybe millions? – of gendered murders. Femicide. Yes, men were killed too in the name of witchery, but it was predominantly women. There are lots of different readings you can make about why historically society needed the cultural monster of the witch. Arguably it was to do with policing of the dominant Christian control of knowledge and power. A number of women who were accused of witchcraft would have been women who had knowledge that went outside of the received wisdom of the church, though I wouldn’t expect this was the case for many, it was probably more to do with misfortune, grudges and in some cases possibly what we would now consider mental illness. Rather than the duckings and drownings, burnings at the stake and hangings being the actual deaths of “wise women” – herbalists, or practitioners of local pagan beliefs, as is sometimes romanticised (and I’m sure in some cases was true) – I think in a more symbolic sense it represented the ducking and drowning, burning at the stake, and hanging in bloody reinforcement of the dominant patriarchal church state. More recently we get the arrival of the term “witchdoctor”, associating that western policing of knowledge control with a 19th/20th century imperialist racist view of African cultures and cultures with a historical link to Africa…. lovely.

One other thing. I also think the regular rejection of Thatcher as a woman – most recently carried out by Glenda Jackson, who in an otherwise interesting and powerful speech stated “A woman? Not on my terms” – is problematic.  I don’t think it does feminism any favours by essentialising compassion as a female trait.